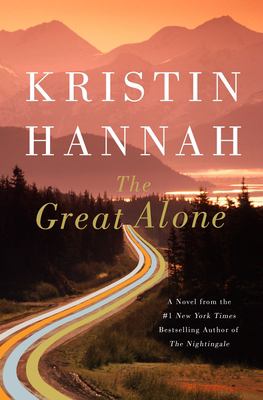 This device requires earbuds to use.

View other formats and editions

View all formats and editions (5)

Search for related items by subject

► ▼ Google Preview
▼ Summaries & More
Summary: Lenora Allbright is 13 when her father convinces her mother, Cora, to forgo their inauspicious existence in Seattle and move to Kaneq, AK. It's 1974, and the former Vietnam POW sees a better future away from the noise and nightmares that plague him. Having been left a homestead by a buddy who died in the war, Ernt is secure in his beliefs, but never was a family less prepared for the reality of Alaska, the long, cold winters and isolation. Locals want to help out, especially classmate Matthew Walker, who likes everything about Leni. Yet the harsh conditions bring out the worst in Ernt, whose paranoia takes over their lives and exacerbates what Leni sees as the toxic relationship between her parents. The Allbrights are as green as greenhorns can be, and even first love must endure unimaginable hardship and tragedy as the wilderness tries to claim more victims.
► Awards, Reviews, & Suggested Reads
► Additional Content
► Shelf Browser
► MARC Record
◄ Search Results Showing Item 4 of 8
◄ Previous Next ►