The mistress : a novel 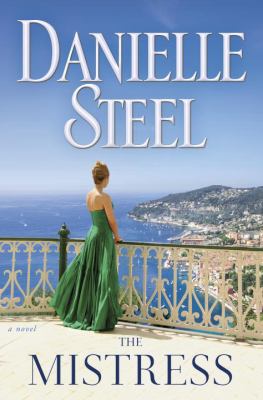 This device requires earbuds to use.

View other formats and editions

View all formats and editions (6)

Search for related items by subject

► ▼ Google Preview
▼ Summaries & More
Summary: "Incomparable storyteller Danielle Steel illuminates rarely glimpsed precincts of unimaginable wealth and power, where love and freedom are the most dangerous desires of all. Natasha Leonova's beauty saved her life. Discovered on a freezing Moscow street by a Russian billionaire, she has lived for seven years under his protection, immersed in rarefied luxury, while he pursues his activities in a dark world that she guesses at but never sees. Her home is the world, often on one of Vladimir Stanislas's spectacular yachts manned by scores of heavily armed crew members. Natasha's job is to keep Vladimir happy, ask no questions, and be discreet. She knows her place, and the rules. She feels fortunate to be spoiled and protected, and is careful not to dwell on Vladimir's ruthlessness or the deadly circles he moves in. She experiences only his kindness and generosity and believes he will always keep her safe. She is unfailingly loyal to him in exchange. Theo Luca is the son of a brilliant, world famous, and difficult artist, Lorenzo Luca, who left his wife and son with a fortune in artwork they refuse to sell. Lorenzo's widow, Maylis, has transformed their home in St. Paul de Vence into a celebrated restaurant decorated with her late husband's paintings, and treats it as a museum. There, on a warm June evening, Theo first encounters Natasha, the most exquisite woman he has ever seen. And there, Vladimir lays eyes on Luca's artwork. Two dangerous obsessions begin. Theo, a gifted artist in his own right, finds himself feverishly painting Natasha's image for weeks after their first meeting. Vladimir, enraged that Lorenzo's works are not for sale, is determined to secure a painting at any price. And Natasha, who knows that she cannot afford to make even one false move, nevertheless begins to think of a world of freedom she can never experience as Vladimir's mistress. She cannot risk her safety for another man, or even a conversation with him, as Theo longs for a woman he can never have. From Moscow to the Riviera, Paris, and London, The Mistress is a riveting tale of vast fortune, cruelty, creative genius, and daring courage, as uncompromising individuals chart a course for collision"--
"A dazzling contemporary novel that interweaves the lives of a Russian mistress and the young French painter who falls in love with her. Set in the South of France, London, and Paris, a gorgeous, innocent mistress of a Russian oligarch gradually finds independence via her own efforts and through her friendship with the artist son of a world-renowned painter and his devoted muse/now restaurateur mother, reminiscent of Picasso and La Colombe D'or in St-Paul-de-Vence. A glamorous, elegant story that will resonate with Steel's audience, with an element of intrigue that will keep readers turning the pages"--
► Awards, Reviews, & Suggested Reads
► Additional Content
► Shelf Browser
► MARC Record